Around 75 mins from central Hurghada.

Somewhat exposed to weather on the east side of Small Giftun. Some experience required for the deeper sections.

Just north of the Police Station on Small Giftun the vertical wall below transforms into a shelf with an erg reaching up to 5m below the surface. Further north, the shelf gives way to a steeply sloping wall with two sculptured coral formations.

This site can be dived either from the mooring or as a drift, both with equal quality. North of the shelf the steep wall is interrupted by a series of coral towers reaching out into the blue. Covered with soft corals and gorgonias, these towers are extremely photogenic.

The shelf around the erg is a sloping sandy bottom with a chimney at the northeast corner. You can enter on 30m and exit on 22m. The erg itself, starting at 5m and landing on 9-15m, has an abundance of marine life and makes a perfect safety stop.

The wall presents a huge variation of marine life such as barracuda, snapper, jackfish, and tuna. The coral towers break off featuring vast clouds of anthias, silversides and every possible species of butterflyfish. The chimney on the shelf is overflowing with glassfish, and the erg, covered with invertebrates, is one of the most fascinating reef systems you’re ever likely to see. 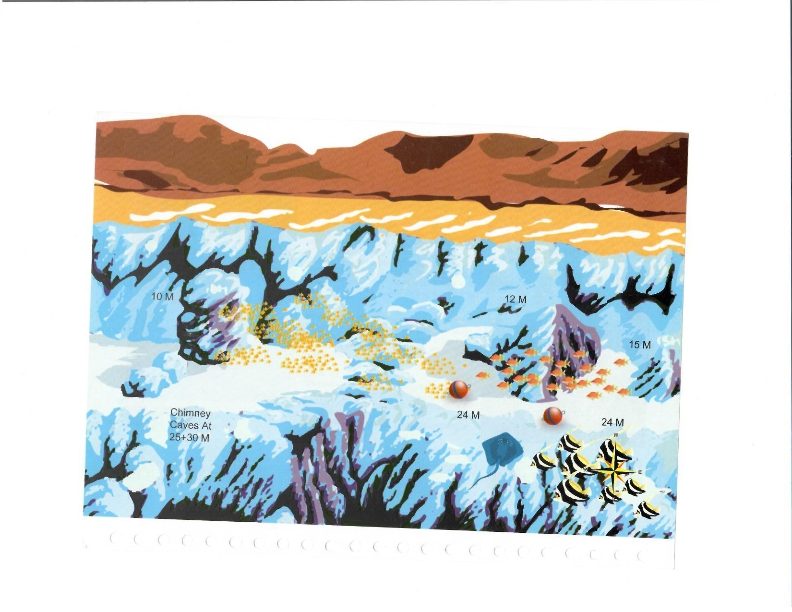