Around 60-90 mins from central Hurghada.

A sheltered site that is usually calm and has little current so a good choice for all levels of diver.

This site is commonly known as the Aquarium. An oval-shaped reef with coral outcrops situated on a flat, sandy bottom. The spectacular amounts of marine life make this one of the most popular dive sites in the Hurghada area.

Boats usually moor on the south side of the reef and you will either dive to the west or east. This site can also be dived as a drift.

To the east are three large pinnacles (about 15-20m off the main reef), and a beautiful coral garden. Here, cascading brain corals and tiny grottoes make for some of the best underwater topography in the area. The shallow, light-filled waters also make this site ideal for underwater photography.

The highlight of the west side is two ergs situated around 20m away from the main reef. The northern erg has three peaks and lots of small cracks and overhangs covered in soft corals, interspersed with rich life.

The sheer numbers of fish here is what makes this site so special. You will see large amounts of schooling fish like bannerfish, masked butterflyfish, sweetlips, goatfish, glassfish and others. It’s also common to see cornet fish, morays, barracuda and jacks. Eagle rays and turtles have been spotted here. Look out for crocodile fish and nesting triggerfish too. 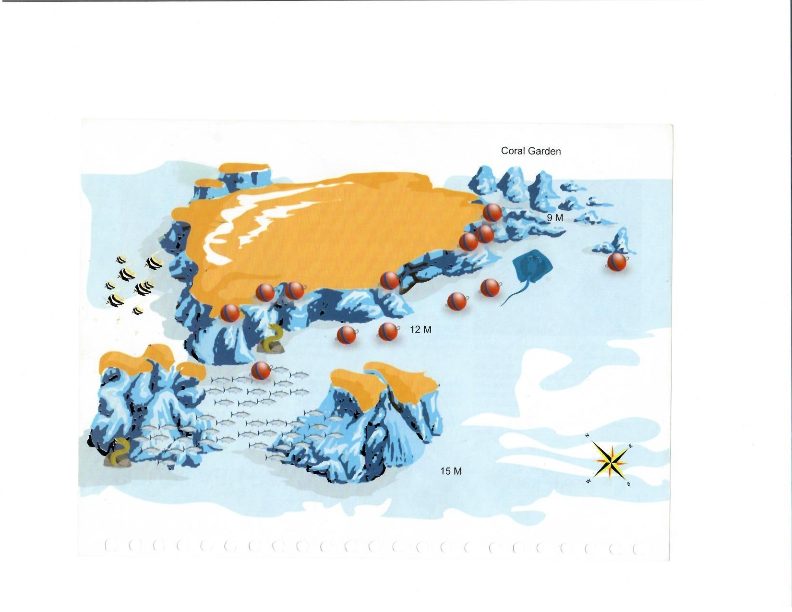