Though this is often considered to be one dive site, there are actually three: beginning from the southwest with Erug Diana, via Erug Giftun in the middle and finally, Erug Gigi in the northeast.

Erug Giftun is a cluster of seven pinnacles, as is Erug Diana, but with the middle one being cracked in two. Erug Gigi has eleven pinnacles more or less in a straight line.

Due to the large amount of ergs and pinnacles it is easy to lose sense of direction here. Without a compass you can always get navigation help from the current or the sun angle. Another way is to keep to two or three ergs, and not stray too far from the chosen area.

Every part of this dive site is as good as the other so there is really no point in wandering off too far from the mooring. The safety stop is likely to be one of the better parts of the dive since the tops of the ergs are the prettiest. 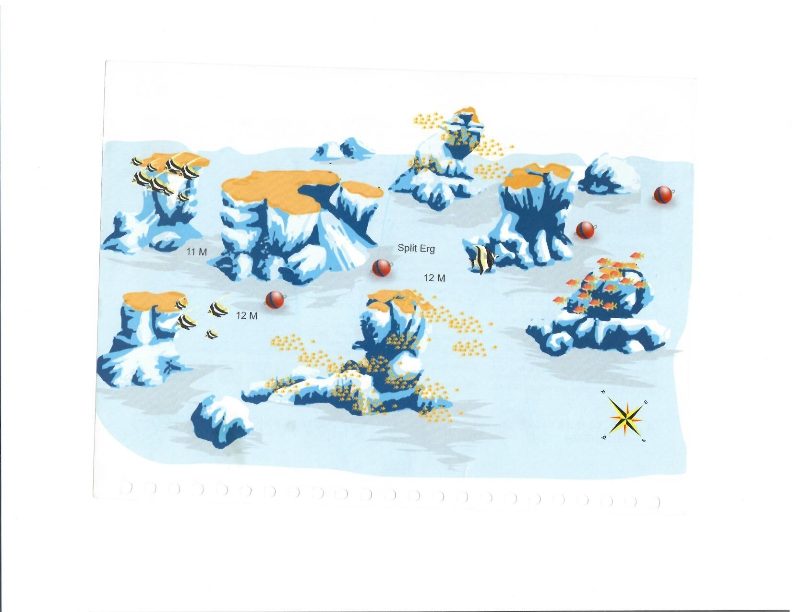